How does cancer spread 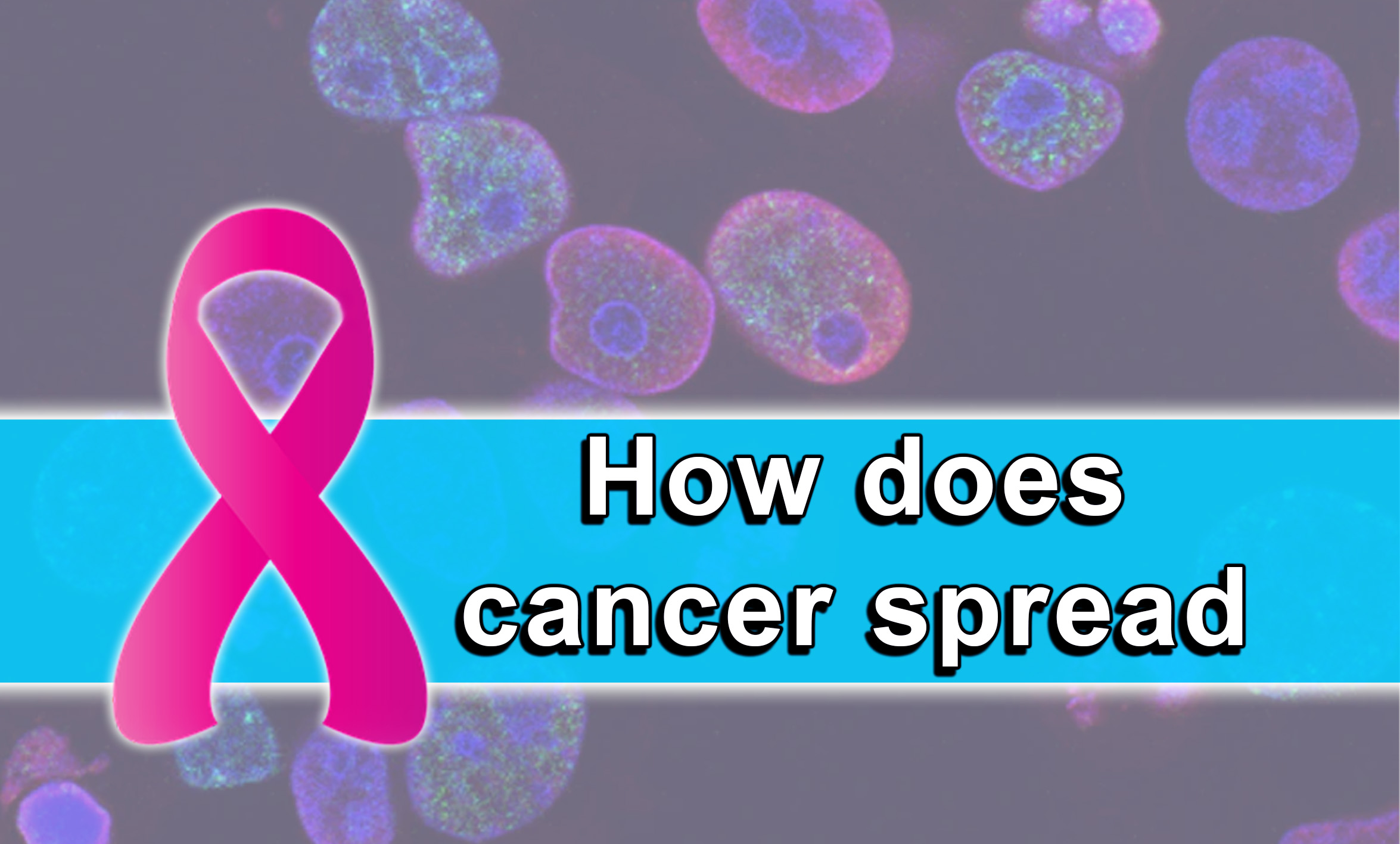 What is cancer and how cancer spreads to different parts

What is cancer and how cancer spreads to different parts?

Cancer develops in an individual where there is an untimely unregulated division of cells that is mitosis which is equal national division or somatic cell division which takes place in a very rapid form.

During cancer, cells multiply in such a rapid manner that a mass or lymph is formed and that is termed as cancer.

Now cancer which is an unknown mass of a cell or a tissue that’s present at different places in your body can be broadly divided into tools and categories or cancer can be termed as tumor all so.

Malignant tumors can spread into neighboring cells or neighboring tissue; whereas your benign tumor stays at a particular place and doesn’t spread. A malignant tumor that is present in the kidney can go up to your lymph nodes.

If it is not removed here are chances that it can spread to different regions which can be very harmful or fatal in longer.​ ​

Whereas a benign tumor is mostly harmful if not surgically removed. It takes time to kill and to destroy it with chemotherapy treatment. These medicines are okay for certain individuals. It can be harmful to some people.

A malignant tumor is Non-capsulated. A benign tumor is encapsulated connective tissues.

The cell division type has no cell cycle pattern, and does not follow any stage of cell division. It can be defined as improperly regulated, uncoordinated growth of cells that destroy the healthy tissues of a body.

Whenever an individual cell looks at any form of cancer what happens is like that apoptosis or the program cell death is stopped or you can say poached for a certain period.

There is no apoptosis or your cells are not going to die and new cells are continuously formed there will be a lump or a mass of tissues.

Or you can say a layer of cells or tissues form that a particular region. Excessive autonomous cell division is one of the leading causes.

When I say autonomous it means on its own without any regulatory pattern or without following any enzymes or instructions given by the body. Now tumors or against cancer can be divided into two different types.

Now the benign tumor is the one in which there is a mass of differentiated cells present. the cells of different forms are present. When a tumor grows very slowly. and then it will spread to the neighboring cells.

So, the chances of getting benign tumors and curing or recovering from them are almost very rapid as compared to the malignant form.

Now when I talk about malignant form this is the dangerous form or you can say the lethal form. Now in this the mass of undifferentiated cells offense. the cells grow very rapidly. they can spread to the neighboring cells also.​ ​

For example, if you have a malignant tumor or malignant form of cancer in your kidney there are chances that your liver could be infected or your stomach would be affected in an order.

Malignant tumors are not encapsulated. That’s the reason why iit is easy to kill them.

Chemotherapy has some bits functioning or it takes a lot of time for chemotherapy to work on them.
They can prove very harmful and will prove fatal if not removed surgically.

You know that malignant tumors spread very fast. So, if they are not removed from a particular location if they’re present there you have a chance of spreading into the entire body and causing cancers as different locations in your body.

I hope we are very clear about this concept of what cancer is and how cancer spreads to different parts.