What are the symptoms of bladder cancer 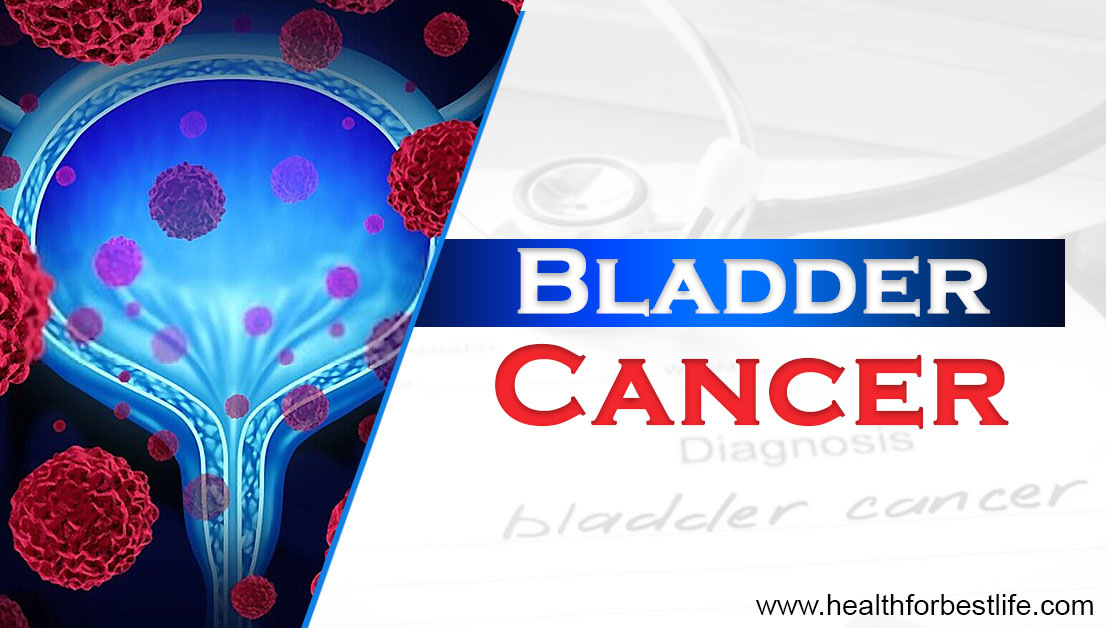 What are the symptoms of bladder cancer

The signs and symptoms of bladder cancer

The signs and symptoms of bladder cancer can include blood in the urine, frequent urination, or pain as noted.

● In the United States and of course nobody should smoke.

● Family history is important to some degree if this runs in your family the risk is higher.

● There’s certain exposure to chemicals in the workplace that can increase the risk. Traditionally this was in the dye industry such as benzidine beta naphthalene. Other workers in rubber leather or textile paint manufacturing and printing may be at higher risk.

● Treatment with certain cancer drugs can increase the risk of bladder cancer as well as previous radiation to the prostate.

● Having chronic infections like schistosomiasis this is more common around the world.

● And having a chronic urinary catheter can increase the risk of bladder cancer.

Diagnose bladder cancer generally an urologist will do a cystoscopy and look inside the bladder.

And a biopsy will be done. There are three common types of black cancer. But most people have the type that’s called transitional cell or your urothelial carcinoma.

This arises in the lining of the bladder. And the prognosis or outlook for the patient is based on how far the cancer has invaded into the wall of the bladder and on how mutated the cells are the so called grade.

● Most cancers as noted are called your urothelial cancer over 90%.

● Most people who have you early or urothelial cancer it rose in the bladder. But a percent of the time this cancer is found in the renal pelvis or even in the ureter or urethra.

The first thing to look at would be the type of cancer.

01- And again it’s usually called your urothelial but there are other types such as papillary.

02- The second thing is it invasive or not has it actually start invading the tissue level.

03- Grade how mutated are the cells. A low grade or slow growing bladder cancer is less serious than a high grade or rapid growing.

04- If the diagnosis is based only on the biopsy to determine the stage plus imaging studies this will be called clinical stage.

05- That’s distinguished from what’s called the final pathology stage. Which is based on removing the entire bladder. If the entire bladder is removed the stage is often found to be more advanced because the cancer went deeper than initially was thought. This would be called the pathologic stage.

Radiology imaging can be helpful to stage bladder cancer or find the location.

On an up-and-down view of a CT scan it’s easy to see the bladder cancer in the wall of the bladder.

And similarly on a side view you can see the bladder cancer area on the back of the bladder. The other Anatomy is identified.

An MRI is probably even better than a CT it gives you a better definition inside the bladder.

PET scans may not be as helpful with bladder cancer as you might otherwise think.

Here’s a CT scan and you can see the tumor in the wall of the bladder colored in red.

But when we did the PET CT scan the inside of the bladder the urine lights up on the PET scan and actually makes it hard to see the cancer. PET scans are good however to show if the cancer is spread elsewhere in the body.

The stage of recurrence of bladder cancer is based on how deep cancer has reached the bladder wall and whether it has spread to other organs.

There are layers of the bladder wall that can be identified.

The so-called T stage is based on how deep the cancers gone through these layers. The inner layer is called the transitional cell layer or your urothelial.

Then there’s a deeper layer called the lamina propria or connective tissue layer. The next most important is the muscle layer and then there’s a fat layer outside that.

And again based on how deep the cancer goes will be the so-called T or tumor stage category.

A little deeper if it’s invaded into the connective tissue now it’s officially called invasive bladder cancer. And this would be a t1 or stage one cancer.

Stage 1 and stage A or Tis are favorable. But as noted here they have a high likelihood of recurrence and they can progress to muscle invasion. And this is based a lot on the grade if it’s a high grade bladder. Cancer it’s much more likely to recur and more likely to invade into the muscle.

Once the cancer invades into the muscle layer of the bladder it’s more serious this is called stage 2 or T2.

T3 it’s gone even further through the muscle into the fat layer or other structures in the pelvis.

And stage 4 it’s gone even further and the lymph nodes or even elsewhere in the body.

Most cancers in the United States fortunately are diagnosed in the early stages. 80% or so are either in situ or local and is noted here they have a very good five-year survival. Once the cancer is more regional or distant the care rate is much lower this is based on the seer database which is a large collection patient data in the United States.

And the NC DB database also collects thousands of records in the United States.

And again 75% of the cases are early with a good survival and the more advanced stages do have a much more serious outlook.

There’s also data from the national cancer database looking at patients who actually had bladder surgery or cystectomy. And again the pathology stage is more accurate. What they found was 42% of the time when they removed the bladder.

The stage was higher than they initially thought. So this is called up staging. So the stage to survival clinical stage was only 50% because some of those patients actually had more advanced cancer. If the pathology report showed in fact it was only stage 2 the cure rate was better as noted here.

Lymph node spread is serious in bladder cancer and these lymph nodes are at-risk.

And about 24% of the patients will be found to have the cancer has already spread to the lymph nodes at the time of surgery.

And this correlates with how deep the cancer was as noted here. If it’s very superficial that it’s a very small risk of lymph nodes being involved but if it’s very deeply invasive a so-called P3 pathologic 3 or Pathologic 4. Then the like weight of finding is already spread to the lymph nodes is quite high.