How to name the diseases 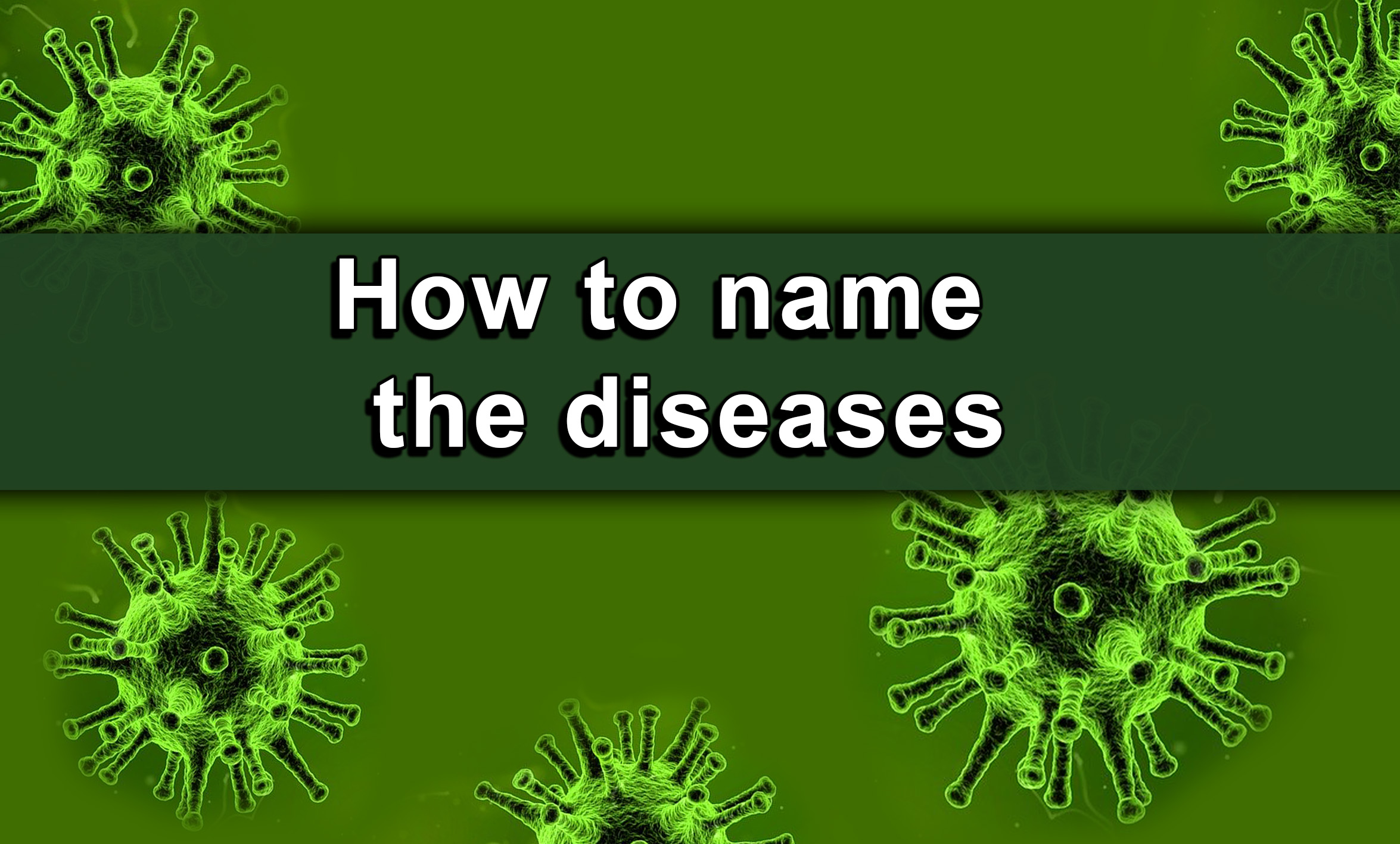 In 2015 the World Health Organization released very simple guidelines. on how to name new diseases. Let’s talk about it.

How to name the diseases

It’s been over one month since the World Health Organization confirmed that this outbreak is due to a never-before-seen virus within the coronavirus family. Its official name is still novel Coronavirus 2019 named after the year at first appeared.

The media laypersons and healthcare professionals have all been referring to it as just plain coronavirus. Unfortunately, this creates some confusion because there are over 20 different coronaviruses.​ ​

For example, one is responsible for the SARS epidemic of 2003 another is a cause of the common cold.

The coronavirus that’s been reported on our routine respiratory viral panel is not the novel coronavirus 2019, but rather one of the much less dangerous viral species.

There had been confusion about it which is of course understandable. This begs the question of why has this disease not yet been named and the answer is it’s not easy to determine an appropriate name for this new disease.

To understand some of the challenges let’s look at the names of a few newly discovered infectious diseases of the last 50 years.

The Ebola virus was named after the Ebola River in the Democratic Republic of Congo. However, by a large margin, the deadliest Ebola outbreak in history was located 2,000 miles away in West Africa.

Now granted most people in the West aren’t familiar at all with the Ebola River, but for those in Africa, the name can be misleading.​ ​The same thing happened with the Zika virus.

The Zika epidemic happened in 2015 and 2016 and was mostly located in South America. The virus is named for the Zika forest in Uganda which was discovered in 1947.

Whose members were known at the time as Legionnaires.It seems kind of unfair though for the victims of the outbreak to have their name permanently associated with the disease that killed them.

​I think whoever named these doctors are trying to make up for the horrible predecessor names for aids grid or GRID stood for gay-related immune deficiency; or even worse the “4H disease” which stood for homosexual’s heroin users’ hemophiliacs and Haitians.

It would be hard to come up with a more offensive name than that. Misnaming diseases are not just about a lack of political correctness. It’s a serious public health issue.

It’s very easy to imagine that the early names for AIDS are not only stigmatized individuals but for communities. I believe they may have led to a delay in everyone else realizing that they were at risk of infarction, too.

There are diseases named after animals such as avian flu and swine flu which are not specific virus strains; but are rather names given to any form of the influenza virus.

Influenza viruses are adapted to predominantly infect birds and pigs respectively. It’s sort of descriptive and also gives the false impression that for a human to become infected they must necessarily come in contact with the relevant animal; which is not true.

These viruses can be easily transmitted between people and there can be drastic consequences due to this misunderstanding for example during the 2009 flu pandemic dubbed swine flu in the press because it was due to a strain of swine influenza.

Countries around the world responded by mass exterminations of their pigs, even though there wasn;t any evidence proving that their specific swine populations were transmitting the infection to humans; or that the animals had the relevant virus in them at all.

Now let’s come back to coronavirus

We can’t call it novel coronavirus 2019 because that name is too much of a mouthful for people to adopt. Also, we can’t keep calling it coronavirus because that’s not specific enough.

Although, I’ve heard it referred to as both the Wuhan flu and Chinese flu. Speaking from my opinion, those are terrible names since they stigmatize the Chinese people.

They’ll be confused if containment efforts are unsuccessful and the virus becomes truly pandemic. And of course, the virus it’s not an influenza virus anyway.

In 2015 the World Health Organization released very simple guidelines on how to name new diseases.

One excellent virus name is SARS standing for the S-severe, A-acute, R-respiratory, S-syndrome or severe acute respiratory syndrome virus. As with HIV and AIDS, it’s descriptive.

It’s accurate and it leads to a distinctive acronym. coincidentally it would also be a great name for the novel coronavirus 2019. If it wasn’t already taken. So interesting that doctors act like who gets the final say.

Who gets to name this virus and this awful disease. There’s a small group called the International Committee on the taxonomy of viruses who’s been tasked with this decision.

They’ve been discussing it for the past few weeks and they’ve reportedly settled on a name and are just waiting for an announcement to be published in a scientific journal that could come any day.

It’s a fair bet that it can be a descriptive phrase and that can be reduced to a pronounceable acronym similar to AIDS and SARS.