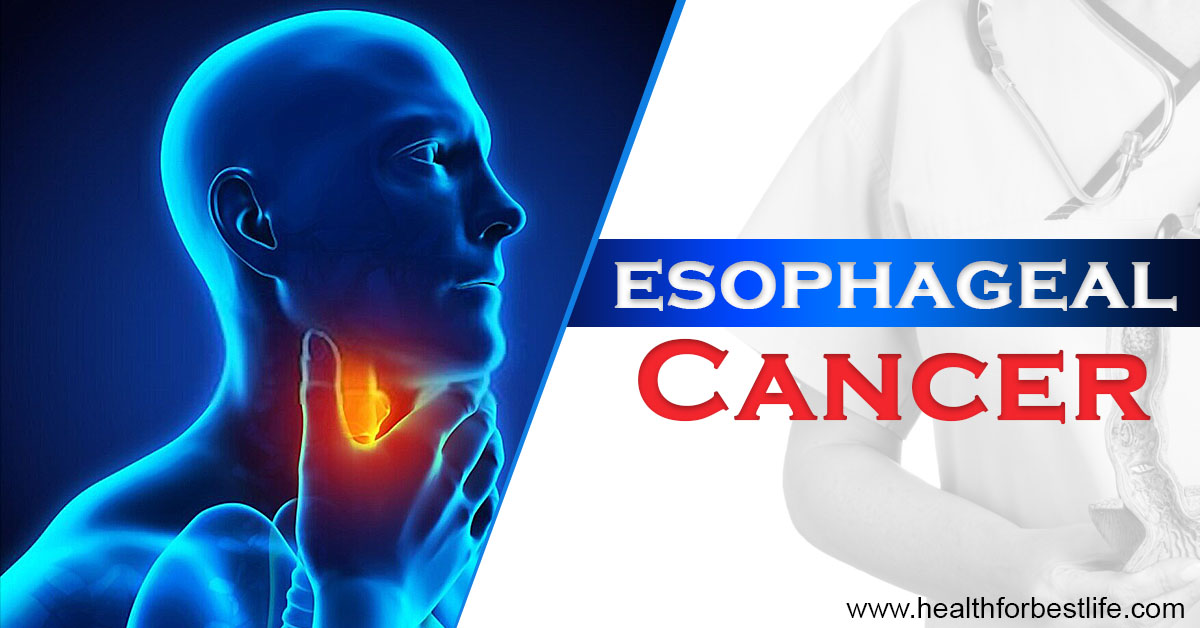 ● Also, about 50% of reported patients are beyond the local regional stage

● Less than 60% of those with local regional disease or candidates for curative operation.

● And 78-80% of those patients who have surgery will be found to already have spread to the lymph nodes.

● The risk factors for this cancer includes cigarette and alcohol use.
● Having a history of Barrett’s esophagus.
● Older age.
● Being male and african-american.

The most common forms of this cancer are named after the cells of turn malignant.

Squamous cells are the cells that line the upper esophagus.

Adenocarcinoma are from cells that line the lower part and our glandular cells. Cells that make mucus. And these have become the most common type of cancer.

In the 1960 squamous cancer still accounted for 90% of the cases but that’s decreased dramatically in the last 30 years or so.

If the tumor is greater than 5cm from the EG junction or shows no spread into the esophagus and it’s now classified as gastric or stomach cancer.

● This is the cancer related to alcohol and smoking.

● Adenocarcinoma is now the most common in United States.

● This is related to obesity or a high BMI (body mass index) people are very heavy the risk of adenocarcinoma goes up almost 8 times.

● This is also common in patients with long standing GERD or reflux or heartburn. And if the patient has Barrett’s esophagus the risk can be 30-60 times higher than normal.

And so in summary squamous cancer is now less common it’s still more men than women. It much more common in African American man and shows up in the middle part of the esophagus and is related to smoking and alcohol.

Similarly on this graph for women white or black the increase in adenocarcinoma has been very flat or minimal.

Adenocarcinoma is very heavily male/female. It’s much more in white men and it’s in the lower or distal part of the esophagus and is often related to Barrett’s esophagus.

● So replacement of normal esophageal lining cells that are called stratified squamous with these metaplastic columnar cells due to chronic GERD reflux would be called Barrett’s esophagus.

● The median age is 55 years old so about 10 years prior to developing cancer and this is the as associated with adenocarcinoma not squamous.

● The estimates of the annual cancer incidents with Barrett’s are somewhat controversial somewhere between 0.1 up to 2% a year.

● The risk of developing cancer is certainly much higher than normal but if the absolute risk is relatively low.

● One study said 6 people per 1000 will develop cancer. Another study in people with well-defined Barrett’s esophagus the risk was 5 people per 1000.

● If there is high-grade dysplasia the risk is even higher 10 people per 1000.

● And the risk of dying of this cancer in a Barrett’s patient was only 3 people per 1000.

And men who are 50 or older white men, chronic GERD, hiatal hernia or obesity.

And the ACP is well same argument men over 50 with five years of greater of GERD.

May be screened if they have nocturnal reflux so a lot of heartburn at night, hiatus hernia, obesity smoking and abdominal fat.

Signs and symptoms of esophageal cancer

● Difficulty or paying with swallowing.

● Pressure or burning in the chest.

● Pain behind the breastbone or in the throat.

And these types of symptoms should be brought to the attention of a physician.

The anatomy of the esophagus the esophagus is about 23 to 25 centimeters long or about 9 to 10 inches. It extends from the back of the throw down to the upper stomach. The measurements that are commonly given are measured from the distance of the teeth at the time of endoscopy.

The first 15 centimeters are from the teeth to the upper esophagus.

There are also definitions of what’s considered cervical, thoracic or abdominal esophagus location and these are all noted on the tables.

There are significant lymph nodes that surround the esophagus.


According to the NCCN or the National Comprehensive Cancer Network the workup for a patient with esophagus the cancer can be quite extensive.

These tests are quite valuable and accurate in staging of esophageal cancer.

CT is noted over 90% accuracy and looking for local spread or metastasis.

Endoscopy particularly with ultrasound is very good at looking at lymph node spread.

PET scans is very helpful to look for metastatic disease elsewhere in the body.

For lymph nodes and disc optic ultrasound particularly combined with the fine needle aspirate biopsy. Is considered very accurate to determine if the cancer has already gotten into the lymph nodes.

And this would be a picture of an endoscopic ultrasound demonstrating both benign and malignant lymph nodes.

And comparing CT ultrasound and pet again lymph nodes are much better found on the endoscopic ultrasound and metastatic disease on the CT scan or the PET scan.

One of the older studies was called a barium swallow or an upper GI. The white barium would look smooth on the X-ray and the normal esophagus and then ragged or narrow where the cancer was.


Endoscopy has been around since the 50s and 60s and continues to improve.

In the Minnesota kiss or an area blockage or obstruction.

If are such as a CT scan or PET scan they’re often shown using what’s called cross-sectional Anatomy. This is what the esophagus would look like in a patient who was sliced right through the area of the chest or the heart and you can see the esophagus dead center in the middle circled in green in this diagram.

Reading a CT Scan Near The Esophagus

On a CT scan the esophagus should be a fairly thin walled narrow slit – like structure smaller than the windpipe or trachea. And these are typical CT scan showing a normal appearing esophagus.

With a patient with esophageal cancer on a CT scan the esophagus usually will look much thicker. Almost like a doughnut is shown in CT scan images.

And a very advanced cancer such as it would look a large structure.

PET/CT scans are even better with a PET scan radioactive glucose is utilized and since cancers tend to light up or turn yellow on a PET CT scan the pets are very helpful at identifying the area of the cancer.

The staging system is called a TNM system.

T= the depth of the tumor into the wall.
N= for the number of lymph nodes involved.
M= for any area of spread elsewhere in the body called metastasis.

The T system is based on how deep the cancer goes into these layers.

The N system is based on the number of lymph nodes involved.

And these are typical schematic deep the tumor can invade in the T stage or the lymph node stage.

And for adenocarcinoma the staging system not only includes T&M and also includes the grade.

The largest survival data available is from the national cancer database. The most current national data is shown here. Unfortunately only 12% of the patients or stage one. And even when in that group the 5-year survival is 47%. Most patients present with more advanced stages as noted here and the corresponding five-year survival.

Other national statistics are shown in these graphs and tables. And any of these tables can be paused to look at the actual numbers related to the various stages both for squamous cancer and for adenocarcinoma.